■ Sitting in the kitchen of a small African sweets business

This content is a learning journey about how cultural pluralism changes what we know about food, people and shared experiences. We light up stories and insights from projects and people we admire, inside and outside Kitch.
‍
Learn more at BLEND.

BEING A LITTLE BIT OF EVERYTHING

Defining Carolina is a difficult task. Being many things is what makes her so unique. It's something that doesn't fit into the question, "What do you do?". She smiled. The list that came afterwards made us feel - erm - a bit lazy, to say the least.
‍
"I'm an entrepreneur in the African confectionery industry. I'm also an environmental engineer, and I have a passion for food," she began. She's also writing a book about something that, for now, will remain a secret.
‍
Oh, wait, and she sings as well. That's right. "Due to the pandemic and my professional life, music is on hold for now. But I play the guitar, and I was the lead singer of the band Apocalypse. Look for the song 'Menina de Angola'. It was a hit back then." Her vocal notes resemble afro-jazz and classics, but she likes fado too. A chorus of Ana Moura may or may not have taken place behind the scenes. "I always sing for my kids and when I'm cooking," she says.

It's so good to see how much a woman can be. 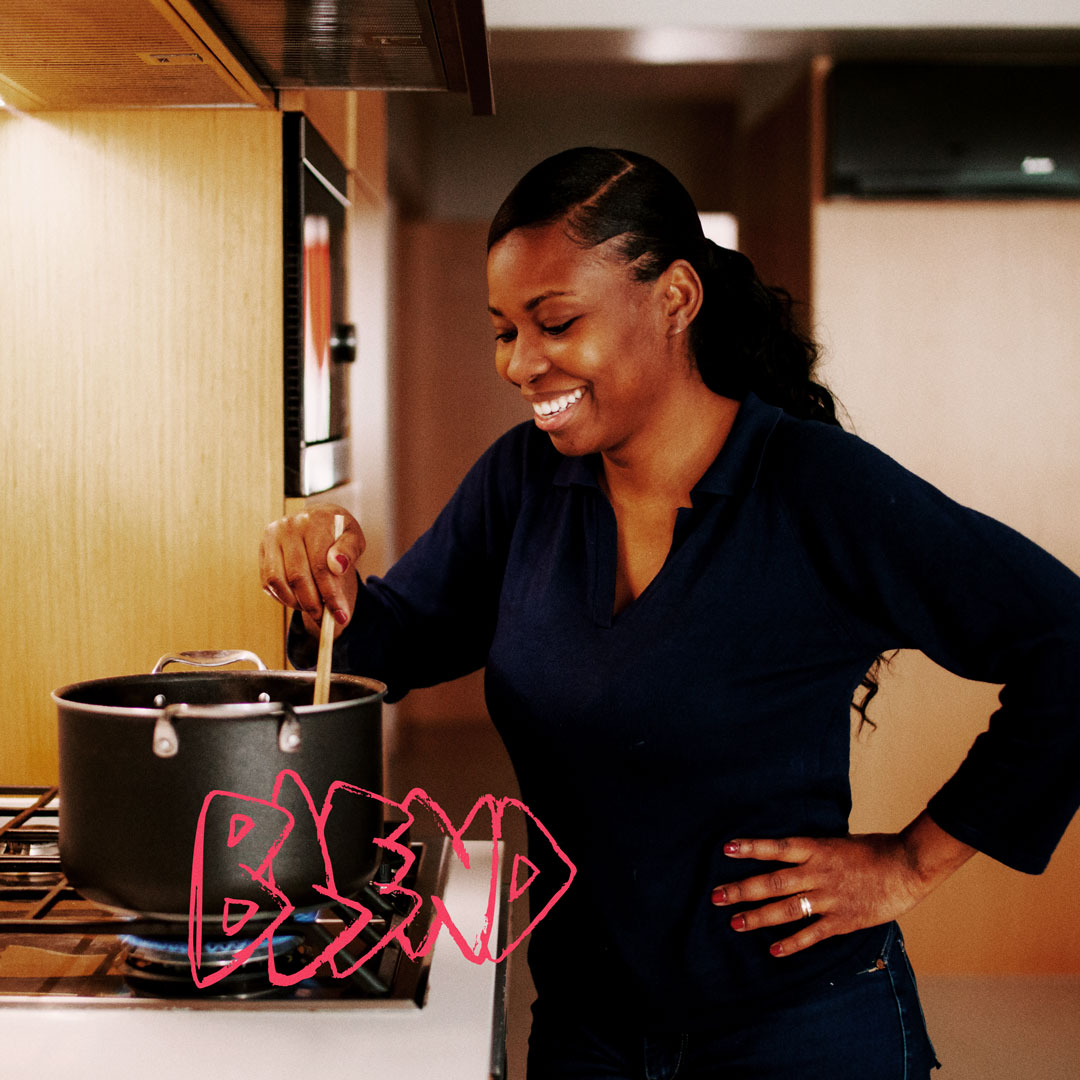 In the midst of all this, Delícias da Carollina was born. "I say it's a human brand because it reflects my cultural roots in the form of kitutes,"  Carolina explains," (a brand) that aims to bring something different to the market by seeking Africanity (...), an artisanal touch," she adds.

"Delícias has a homemade flavour, a taste of grandma’s cooking, from my home country recipes."

Cooking has always been at the centre of who she is. There is a certain drive among her entire family that comes from the kitchen of an Angolan mother who always asks for a lil' help. There's no formal training, and for the time being, there's no intention of formality. "Delícias has that homemade flavour, that taste of grandma's home cooking, from my home country recipes," she explains to us. It's about unpretentiousness, simplicity, and being guided by the right memories' measurements. 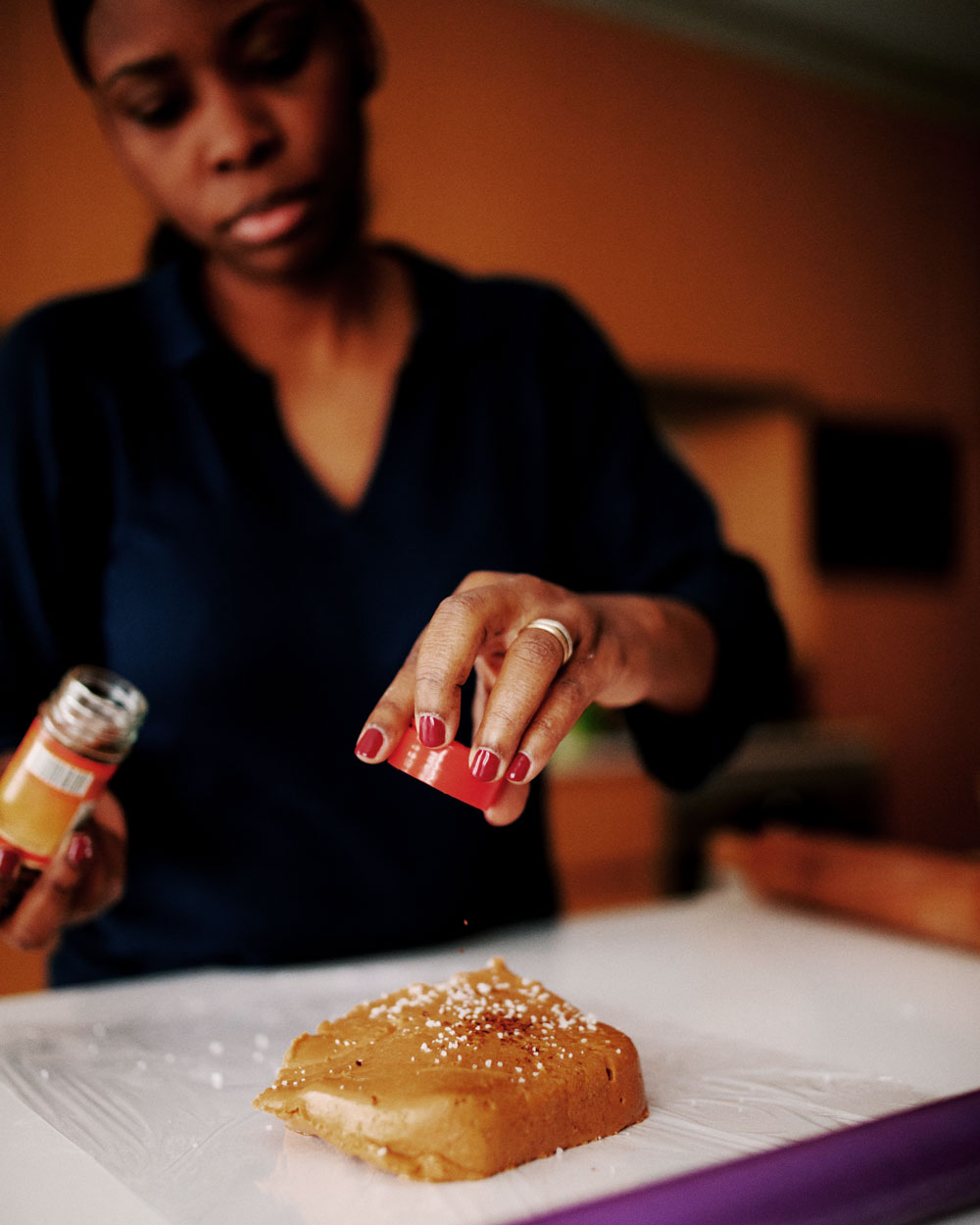 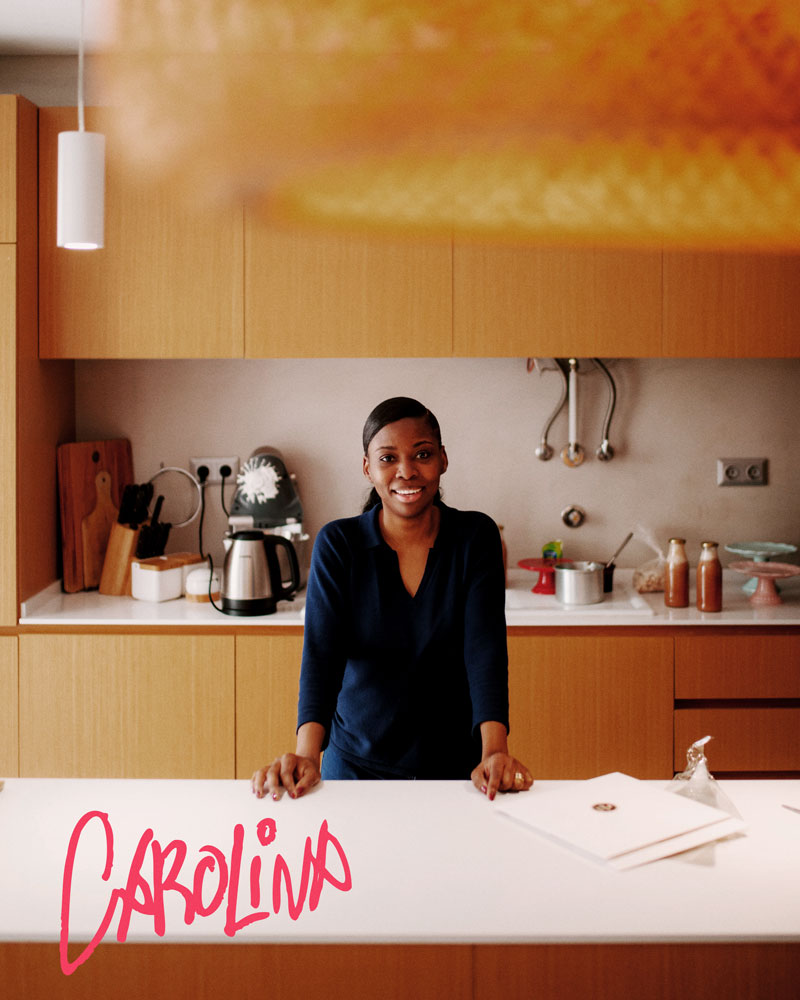 Naturally was also how it started: making sweets for special events and occasions for family and friends. Quickly she had so many requests that they organically designed a small business between WhatsApp, Instagram and Carolina's Online Store.
‍
Today, on the top floor of their home in Pontinha, Delícias' team already has two more ladies and bigger concerns such as the brand's social media presence, sustainable packaging and vegan versions of familiar flavours. A professionalisation and adaptation to current habits and demands that Carolina is doing and learning as she goes along.
‍
On top of this, Delícias has recently come full circle with its offering. With events tied to African cultures, such as the book launch of "For example" by Angolan writer Mwana Afrika. 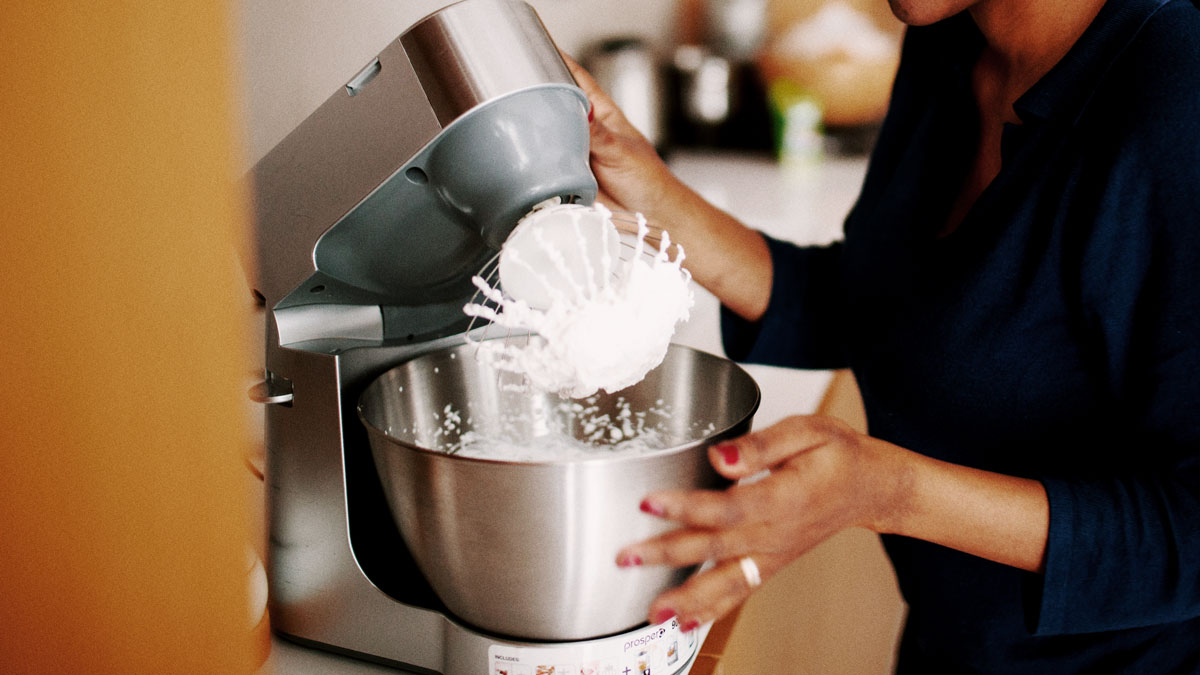 GINGUBA FOR US, PEANUTS FOR YOU.

Canjica with sweetcorn or spicy peanut butter kitaba to-go with a cold beer aren't often seen. We wonder why, though! That's why Carolina has brought these dishes to the food scene, where they should have always had a place. "Here, people don't know much about Angolan sweets yet. They’re not easy to find." she began to tell.

"Here, people don't know much about Angolan sweets yet. They’re not easy to find."

She resorted to her comfort recipes, sometimes with a touch of innovation here and there, to bring Angola to the palate, even for those who've never set foot in Angola. "Here, the sweets are mangope," we read on her Instagram. 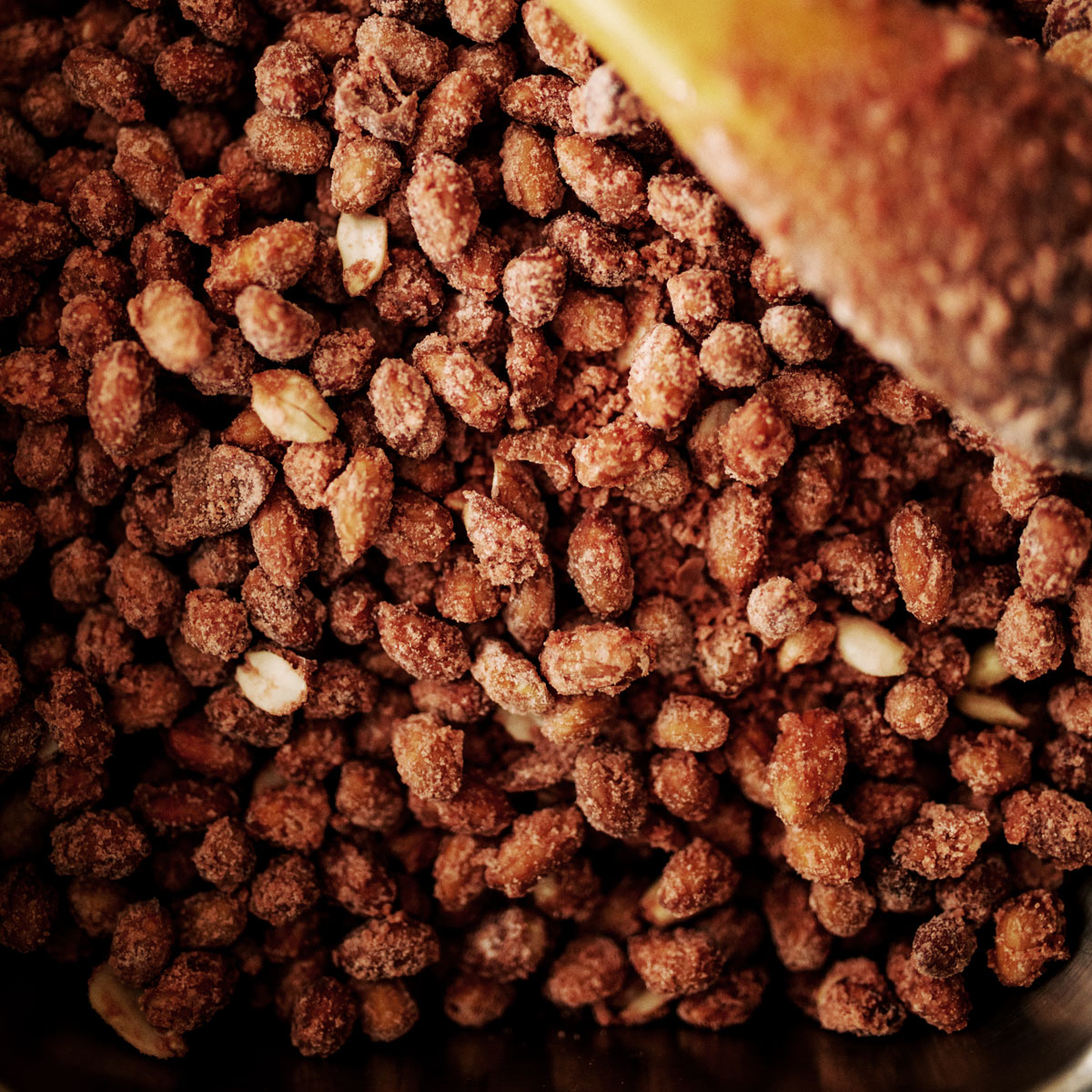 Among the dishes, there's one that defines Carolina: the Peanut Cake. "Ginguba for us, peanut for you," she laughs, adding, "the peanut/ginguba cake is considered Angola's national cake. That's because it's on family tables all year round, on all occasions, whether it's a special one or just a family gathering." It's the right dose of sweetness, made with honey and coconut sugar. We'd eat it again in a heartbeat.

But it's not just in the cake that you can taste the Angolan peanuts. Roasted in a pan, you can also eat paracuca, the sweet peanut served as a snack alongside salted bananas. "A customer of mine asked for paracuca as a gift for her father, and the taste reminded him of Angola. That was an emotional moment," she says happily.

However, "the peanuts here aren't the same as there. I don't know why, but they don't have the same taste," Carolina reveals. For this reason, she has an Angolan supplier or looks for the original flavours at a small market near her house: "I make it a point to use fresh products from my country in my sweets, some of them with medicinal properties," she emphasises. 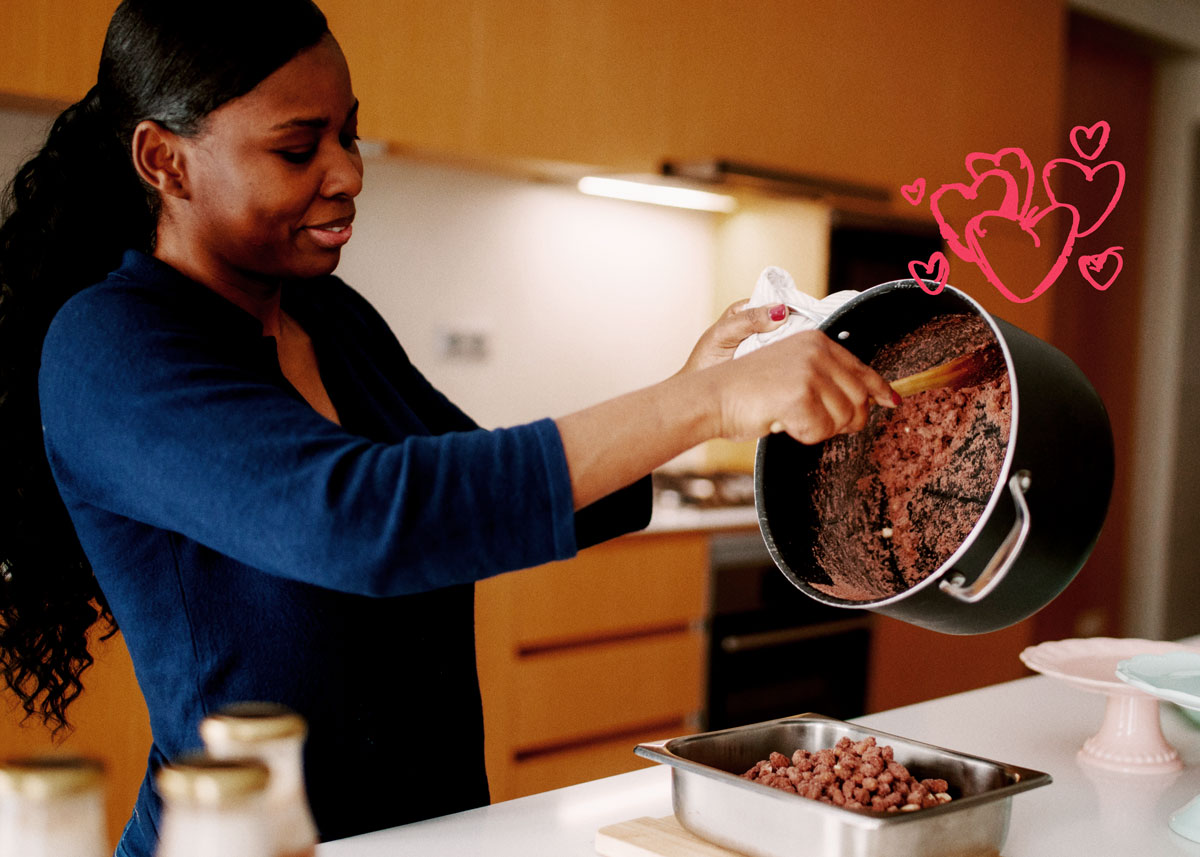 IN Carolina'S KITCHEN, THERE MUST ALWAYS BE...

Múcua (Baobab fruit). In fact, "medicinal properties" cued us to talk about this superfood that left us confused - we must confess. What could those white stones on the countertop be? The fruit of the imbondeiro and its bittersweet, dry core is the basis for a mousse, an ice cream ("cuia bwe", we heard), a juice, and even a caipirinha - the one and only Caipimúcua - at Delícias da Carolina. "It's good for everything," she says. And that's true. Its properties could lead to a long paragraph here (just google it).

But another "something" cannot be missed: the mortar and pestle - a required African essential. With a lot of patience and dedication, the specific process of extracting the ingredients is the best to cook these delicious sweets. 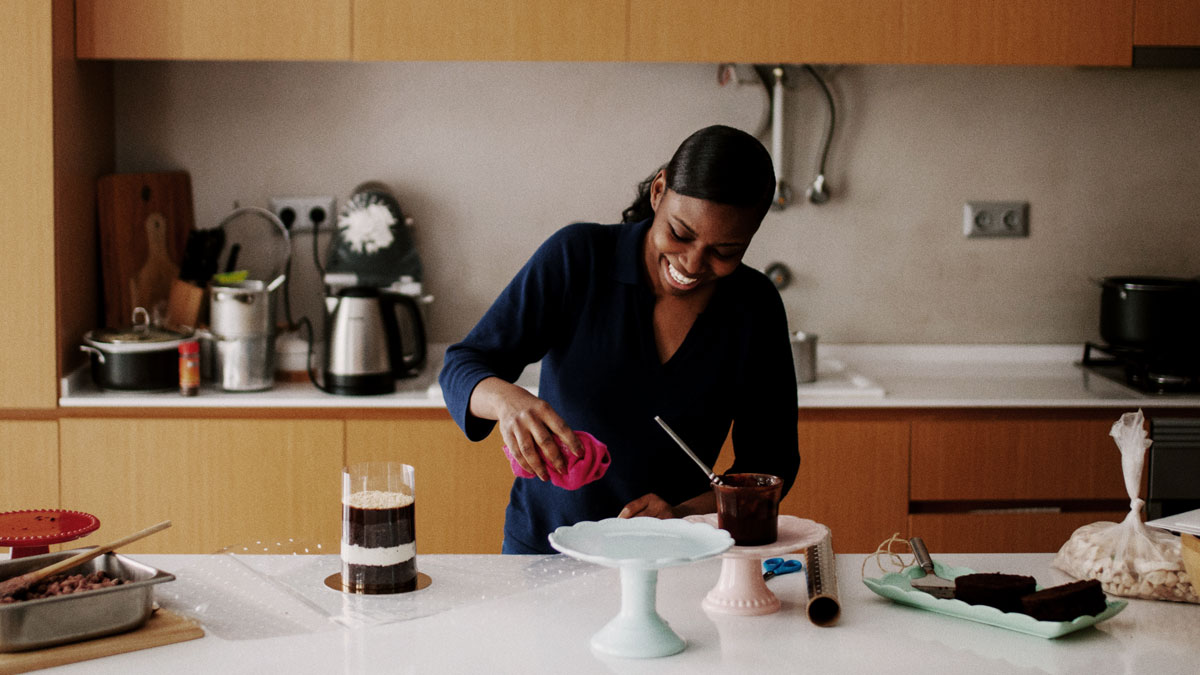 A KITCHEN IS NOT only FOR COOKING

Besides Delícias, Carolina has yet another project in Angola named MAKAMBA (which means "among friends"). It's a bakery, but it's not just a bakery. It helps remove kids from marginalised contexts and reinsert them back into society and the job market. These are kids that have seen their opportunities reduced after serving time for minor offences. Those that accept this new opportunity become an example for everyone else.

They're also given help in something that is terribly simple but with a huge impact: civil registration. Many families don't have enough money to register their children when they're born. Some of them are 17 years old and don't have any documents yet. So, the project sponsors each kid and removes them from this invisibility, transforming them: from friends to citizens. 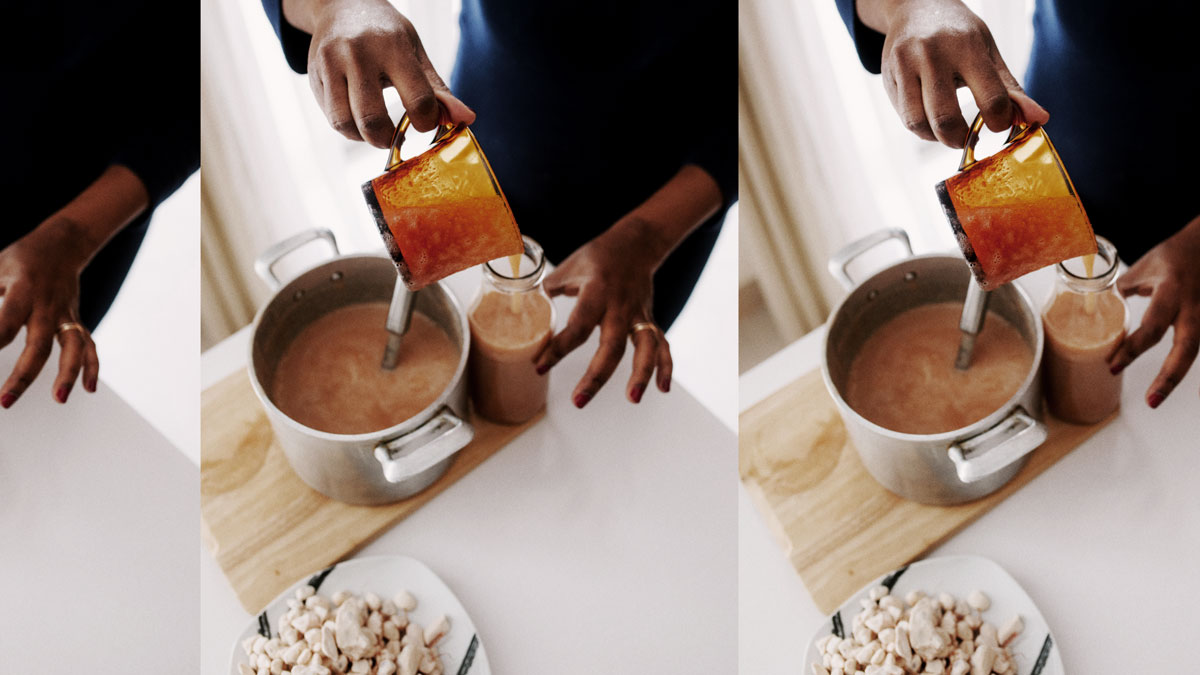 "By promoting diversity, people favour creativity, improve their practices and can achieve innovative solutions and increase the quality of their products"

HARD TO LEAVE THIS TABLE BEHIND, BUT BEFORE WE GO: TO BRING NEW FLAVOURS TO PORTUGAL, "WE'VE GOT TO..."

Bring people. As simple as that. She dares us to imagine what the food scene could look like if we gave space to different cultures to harness their power. "By promoting diversity, companies or individuals favour creativity and innovation, improve their practices and can thus achieve innovative solutions and increase the quality of their services and products," says Carolina.

Thank you, Carolina. See you at dessert. 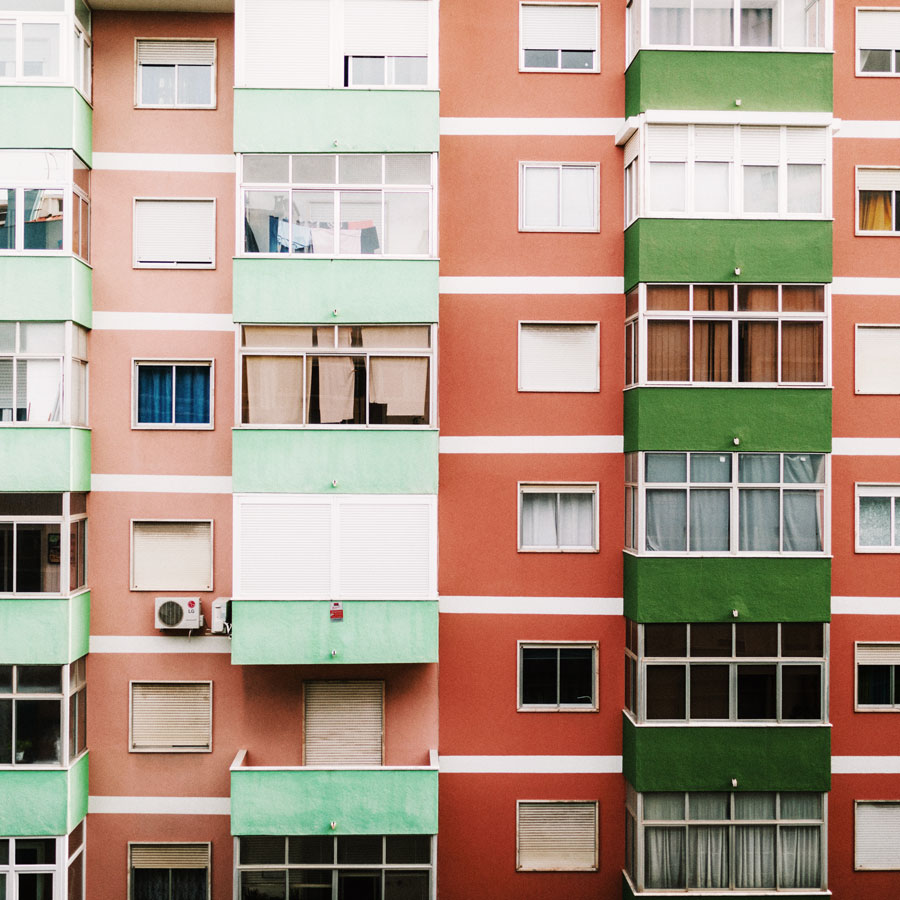 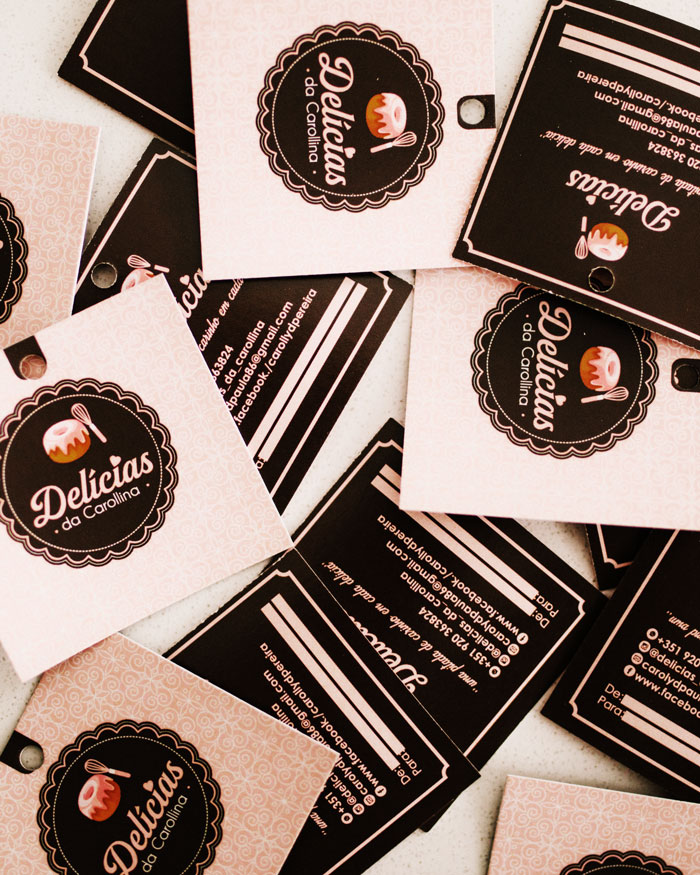 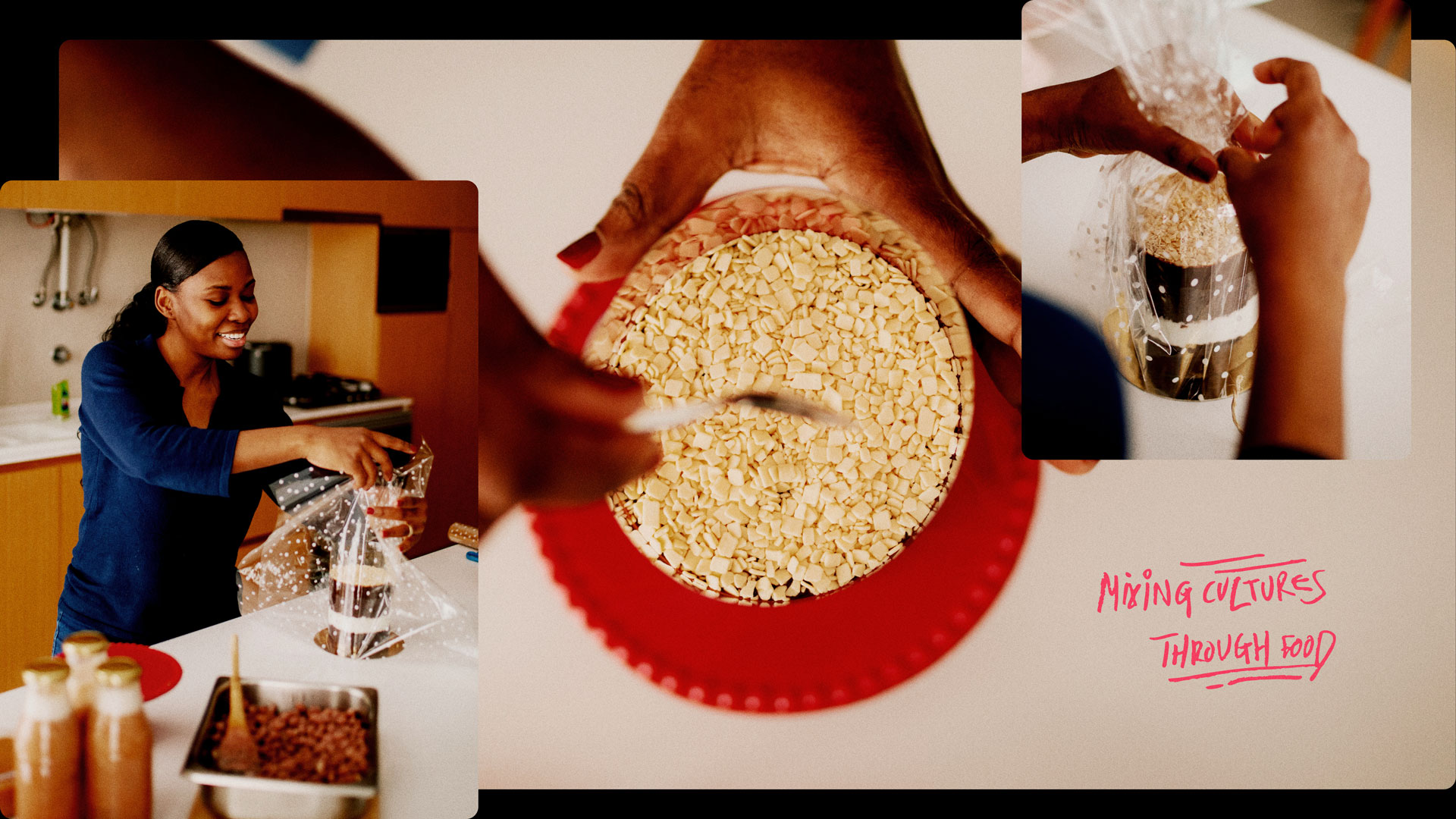